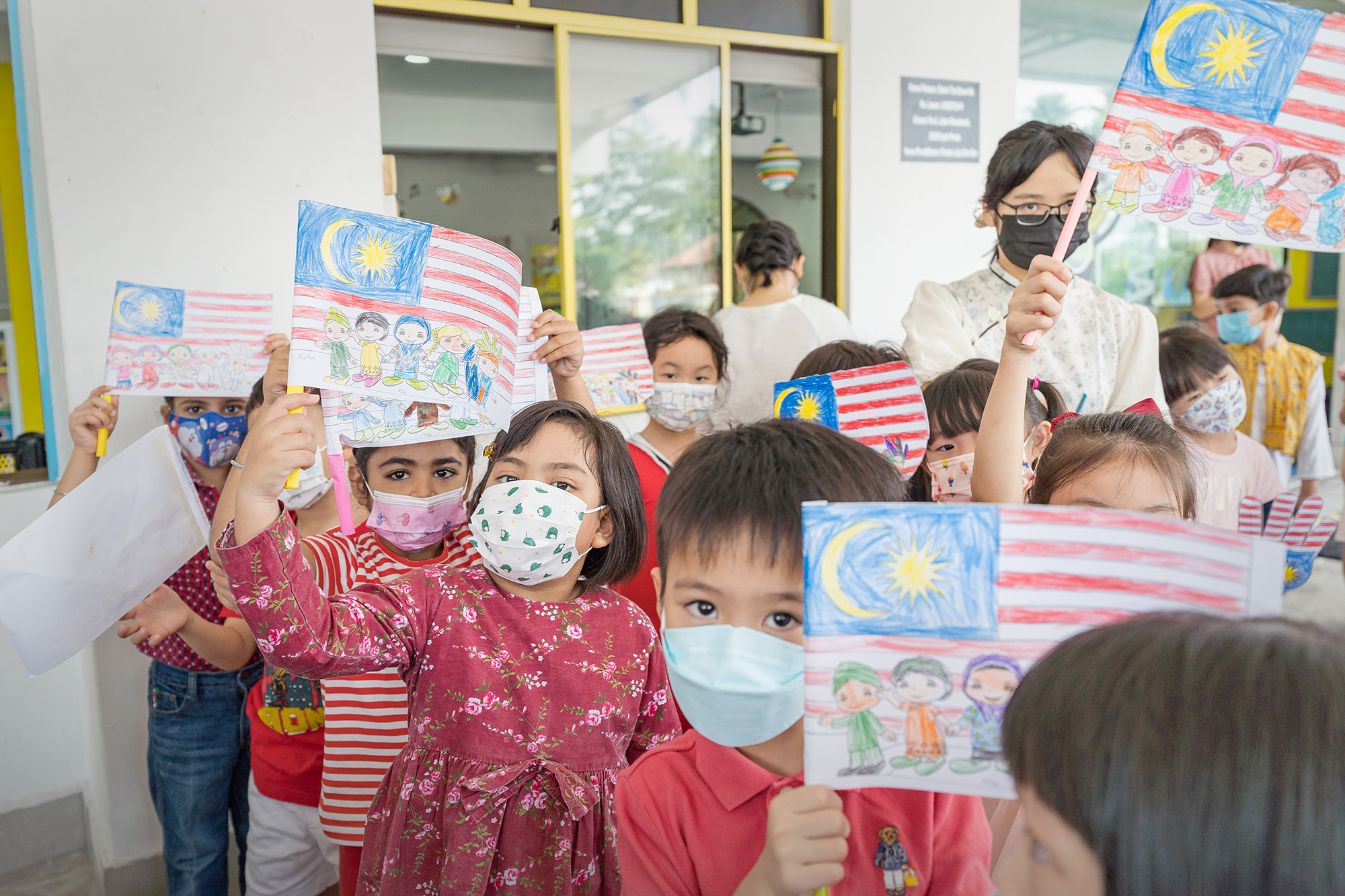 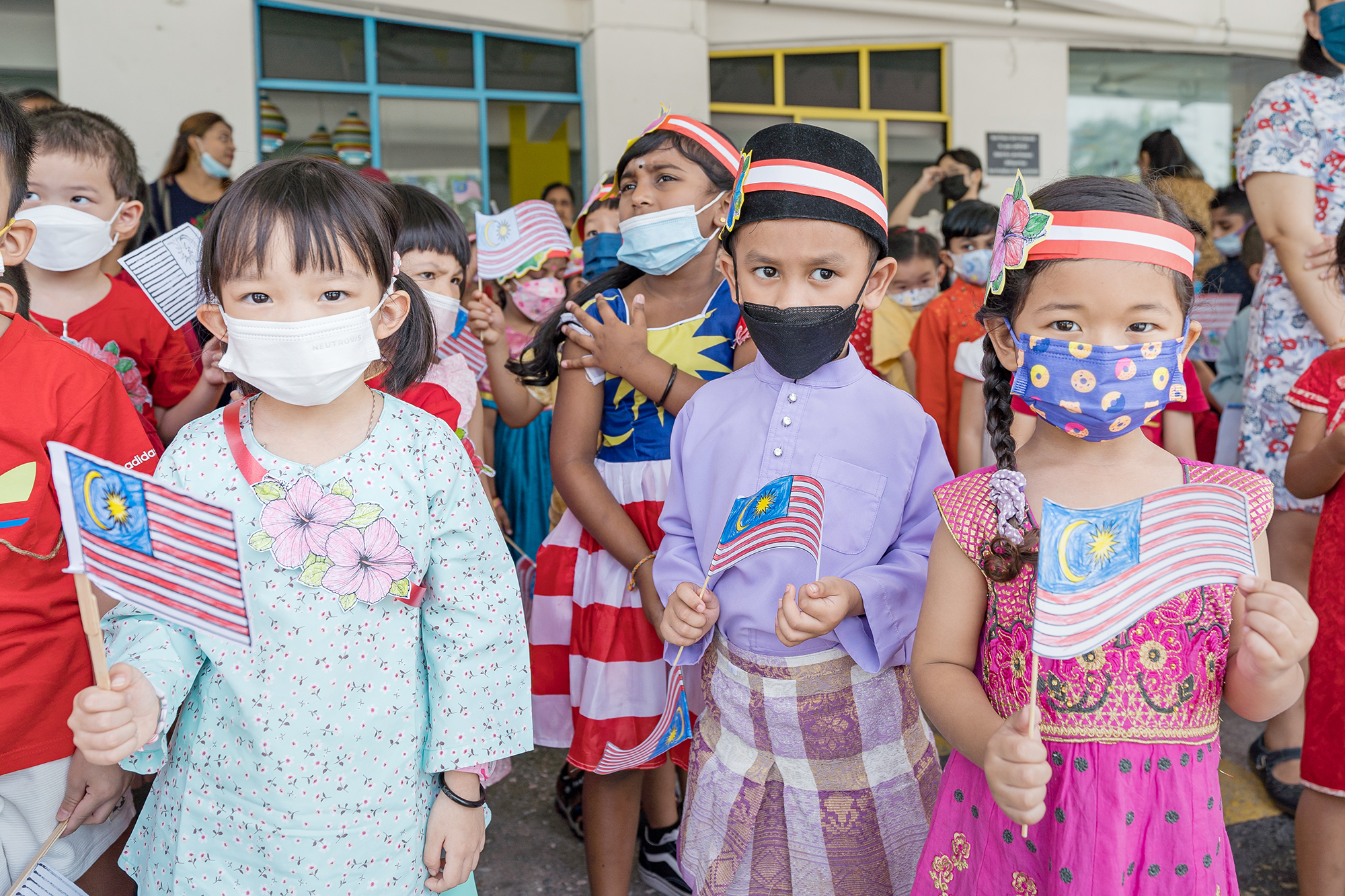 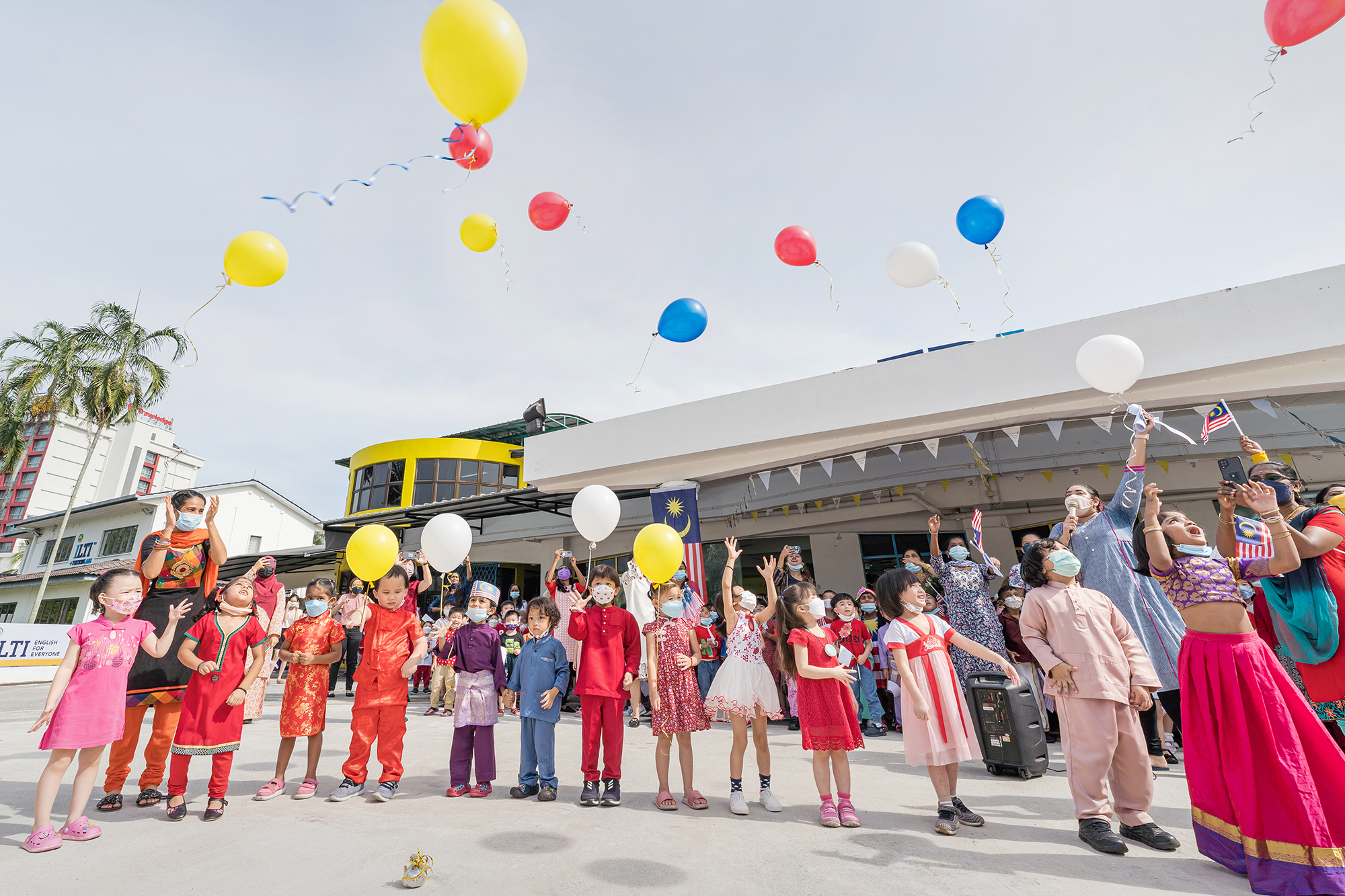 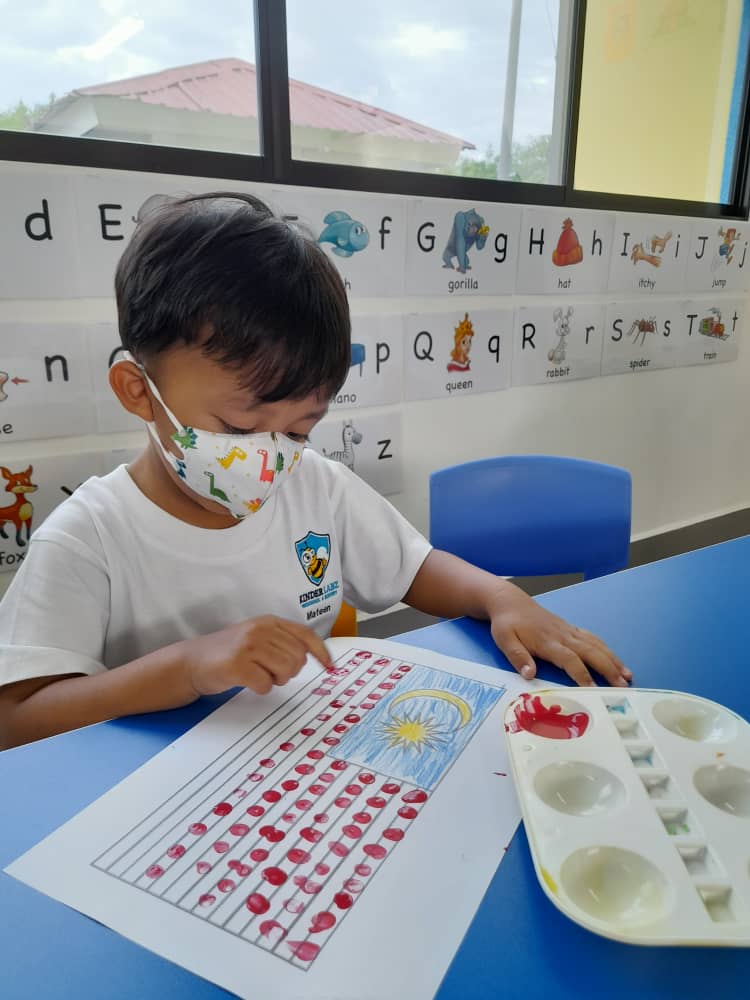 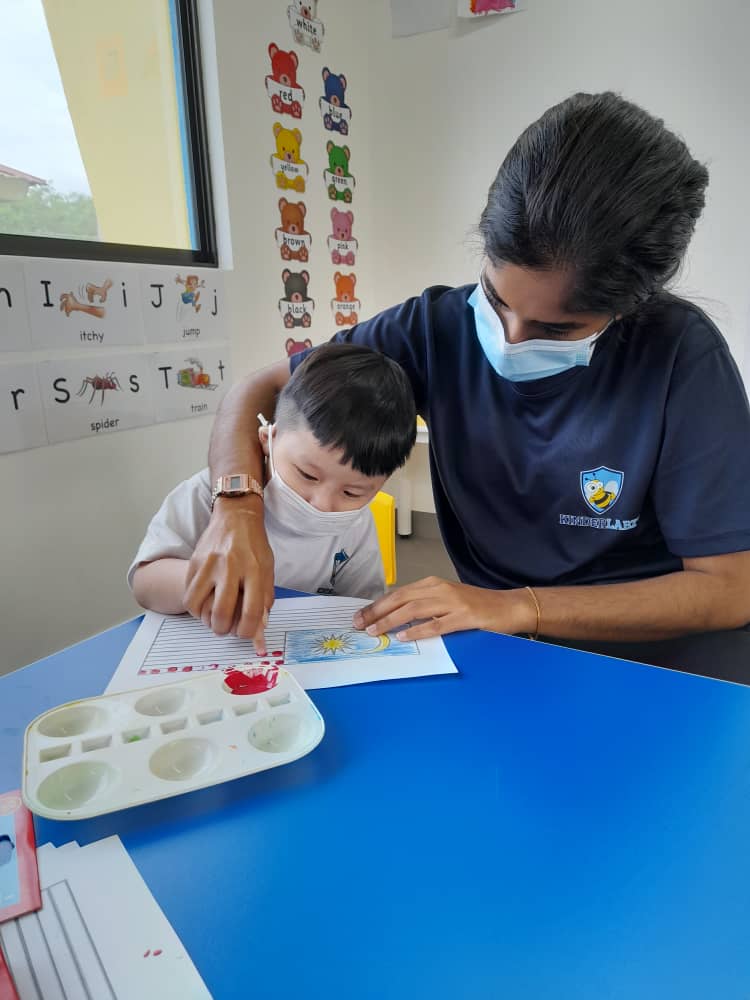 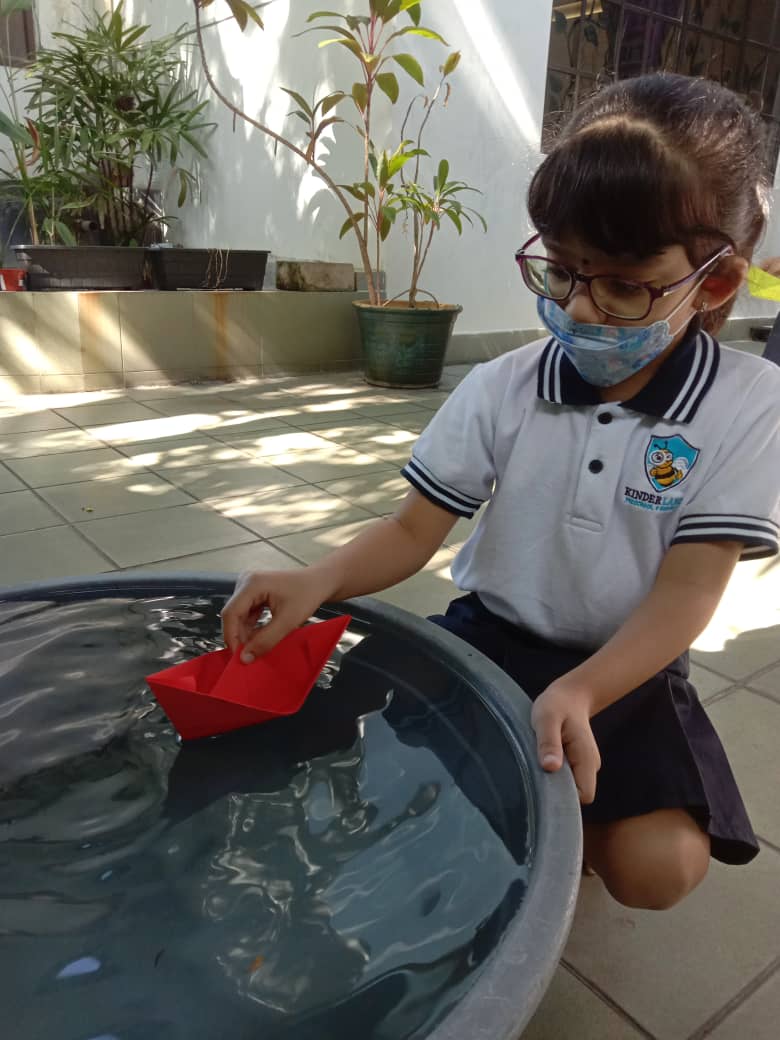 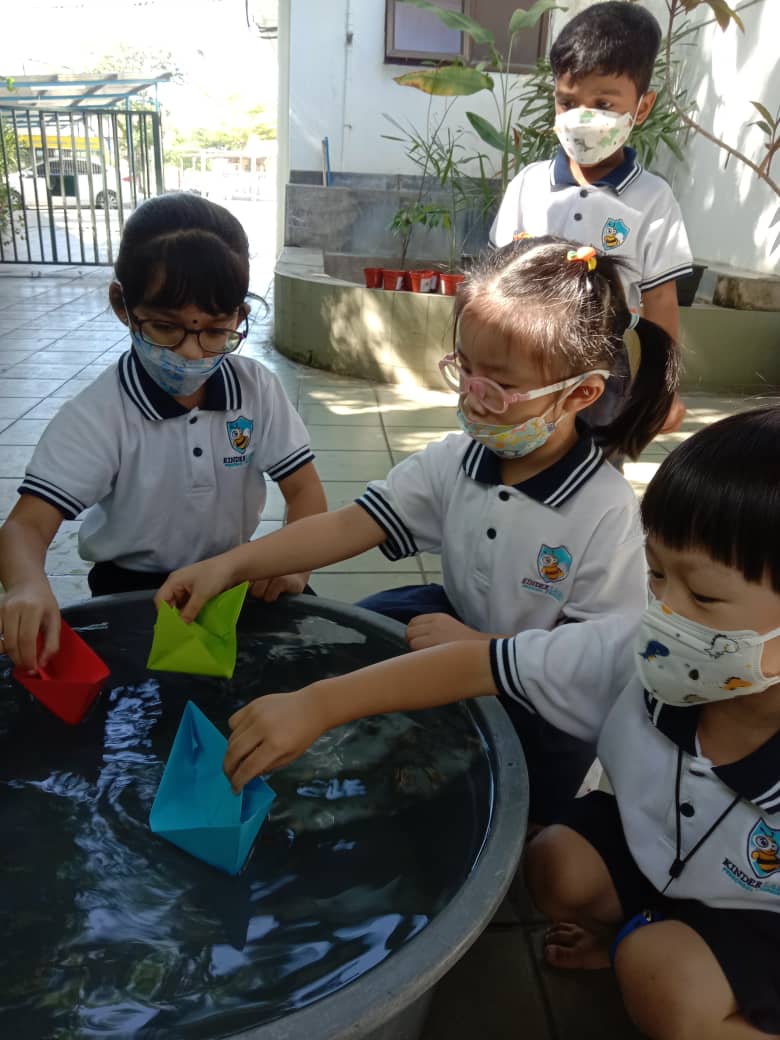 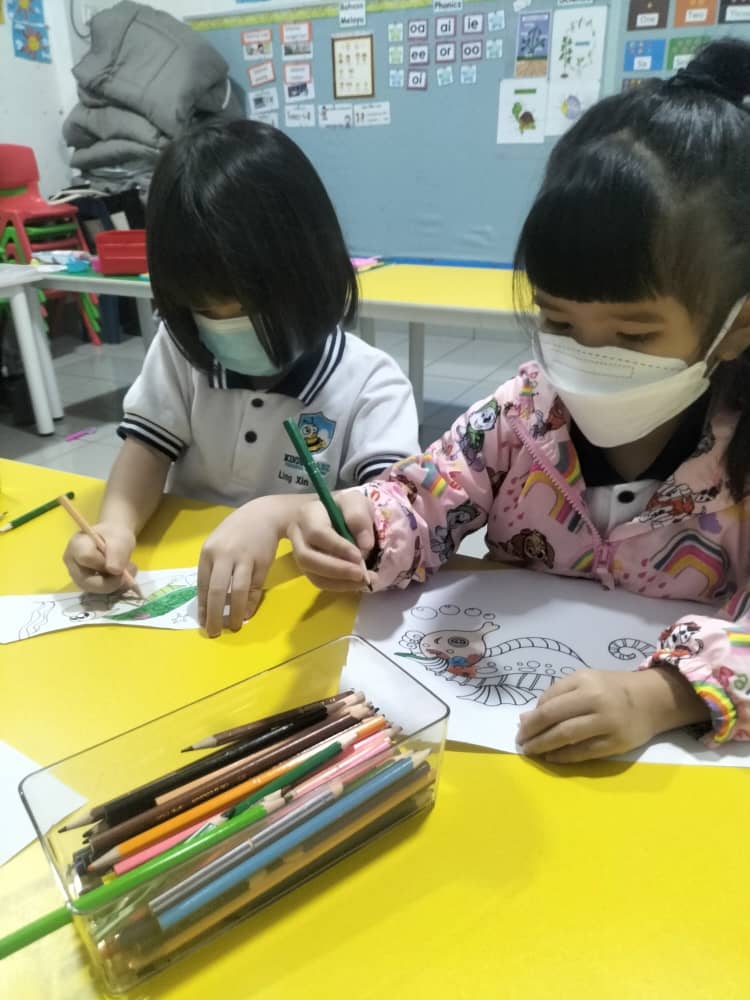 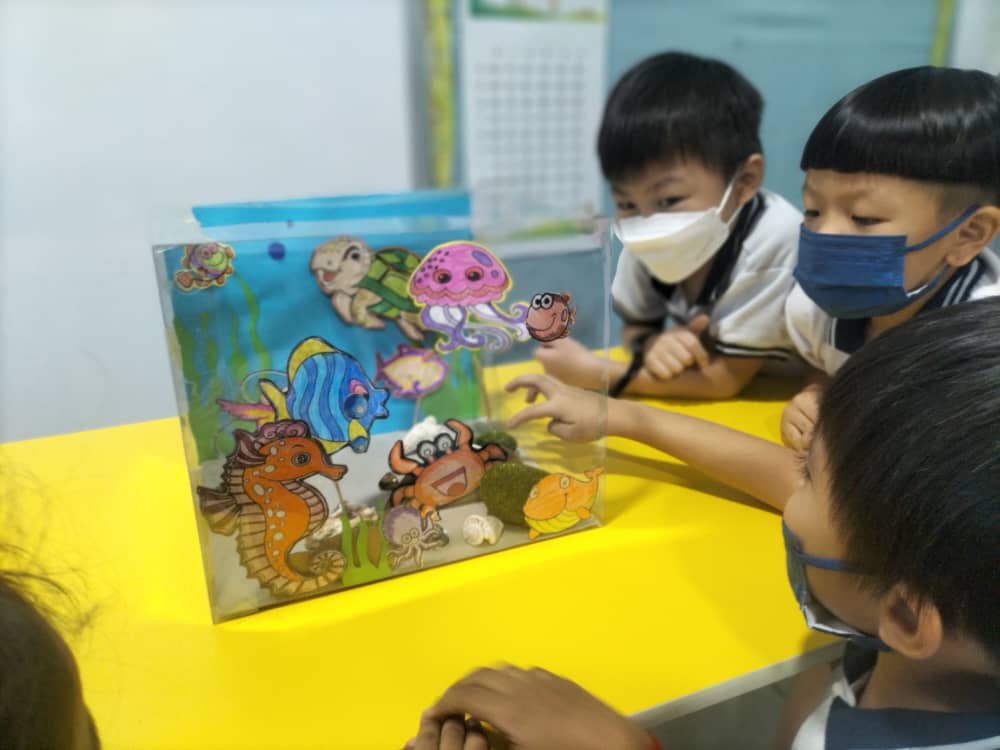 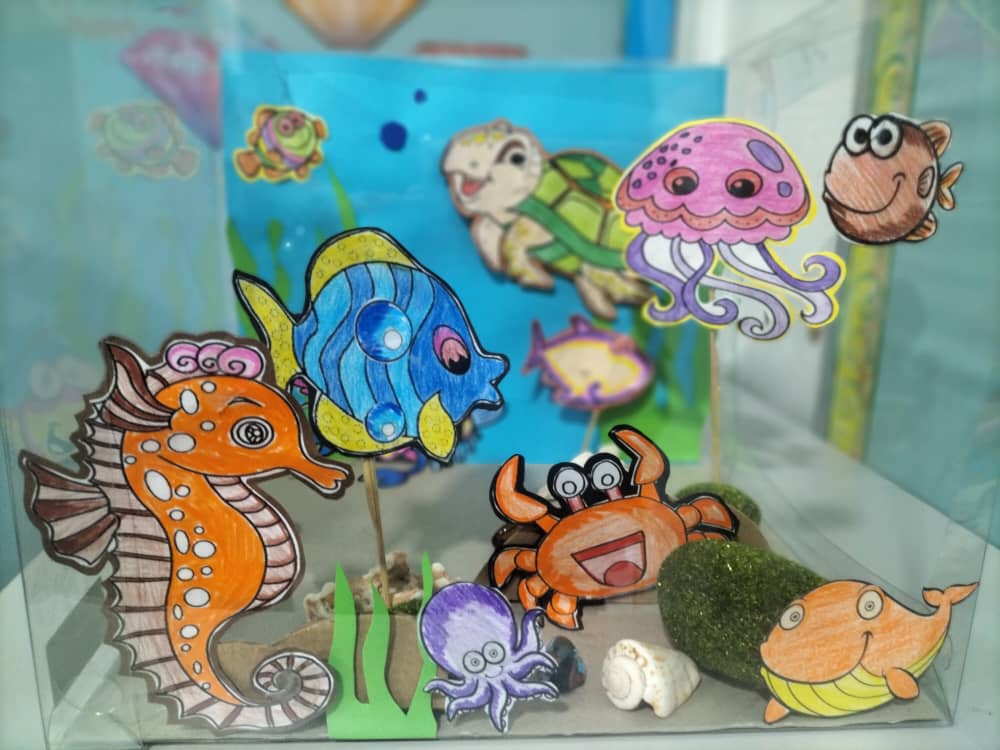 This week, we celebrated the nation’s 65th year of independence at both our Jalan Woodward and Bandar Baru Sri Klebang hives. Dressed in colourful traditional costumes, our little bees took part in a parade around their respective hives wearing headgear and waving miniature flags they had made themselves. They also joined voices to sing popular patriotic songs such as Jalur Gemilang, Tanggal 31, and Saya Anak Malaysia, before chanting ‘Merdeka’ three times and releasing balloons into the sky.

Meanwhile, learning continued at our Jalan Woodward hive with a lesson on water transport for our Nursery bees. Not only did they learn about boats, rafts, barges, ships and submarines, our bees discovered that people relied on water transport to travel long distances before airplanes were invented. Our K1 bees, on the other hand, had a whale of a time building an aquarium filled with paper fishes, sharks, seahorses, and starfishes in a lesson on sea creatures and ocean life.

We take this opportunity to also wish you Selamat Hari Merdeka! We are stronger together as one big family!