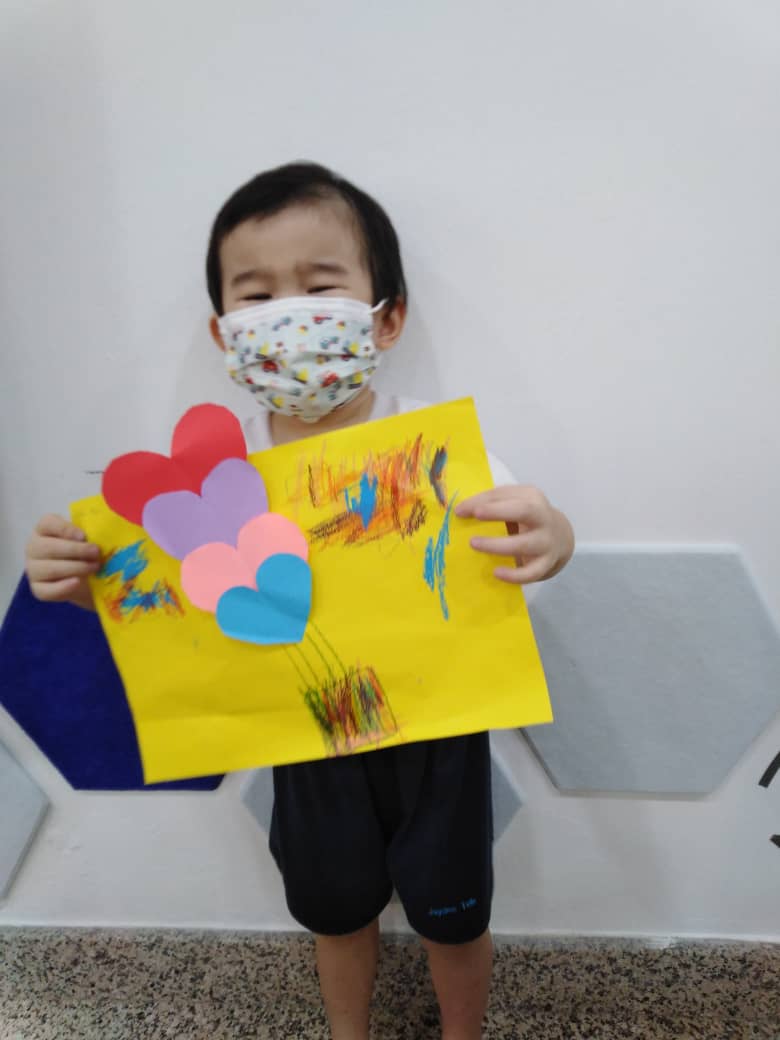 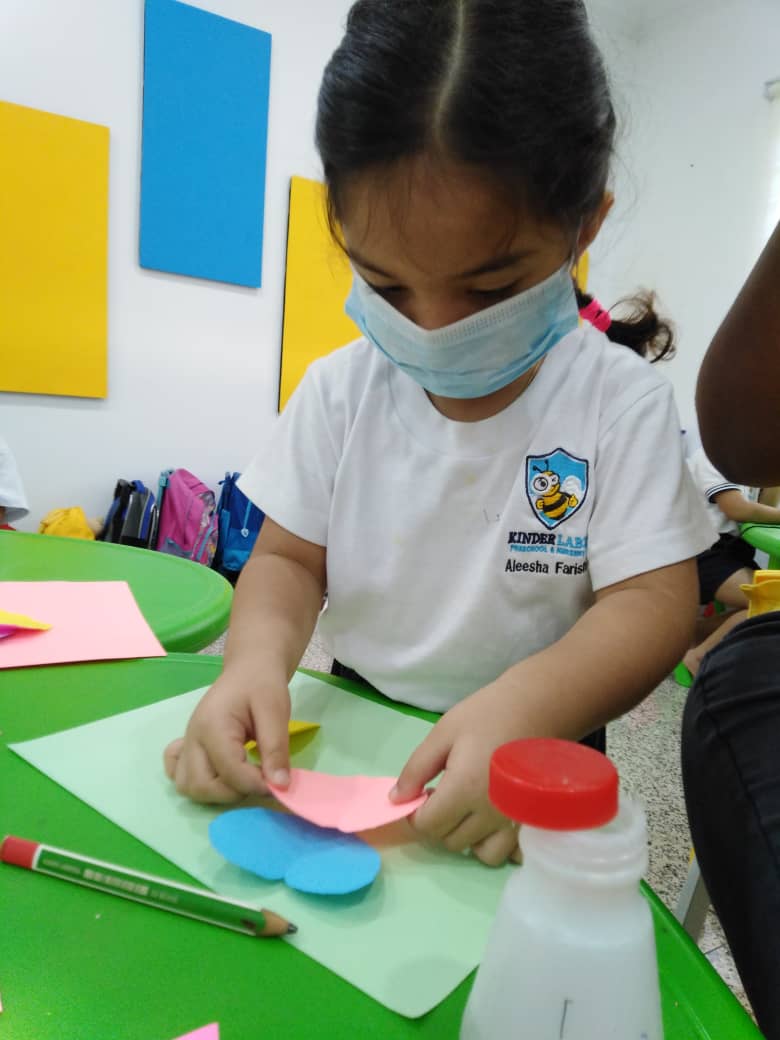 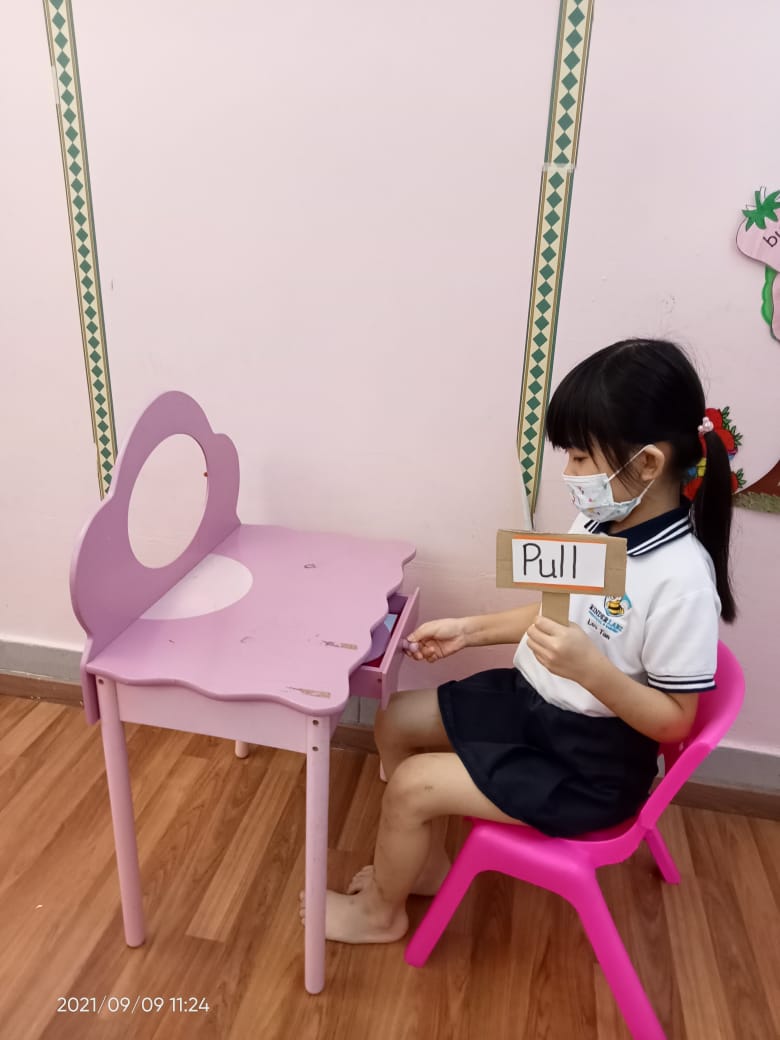 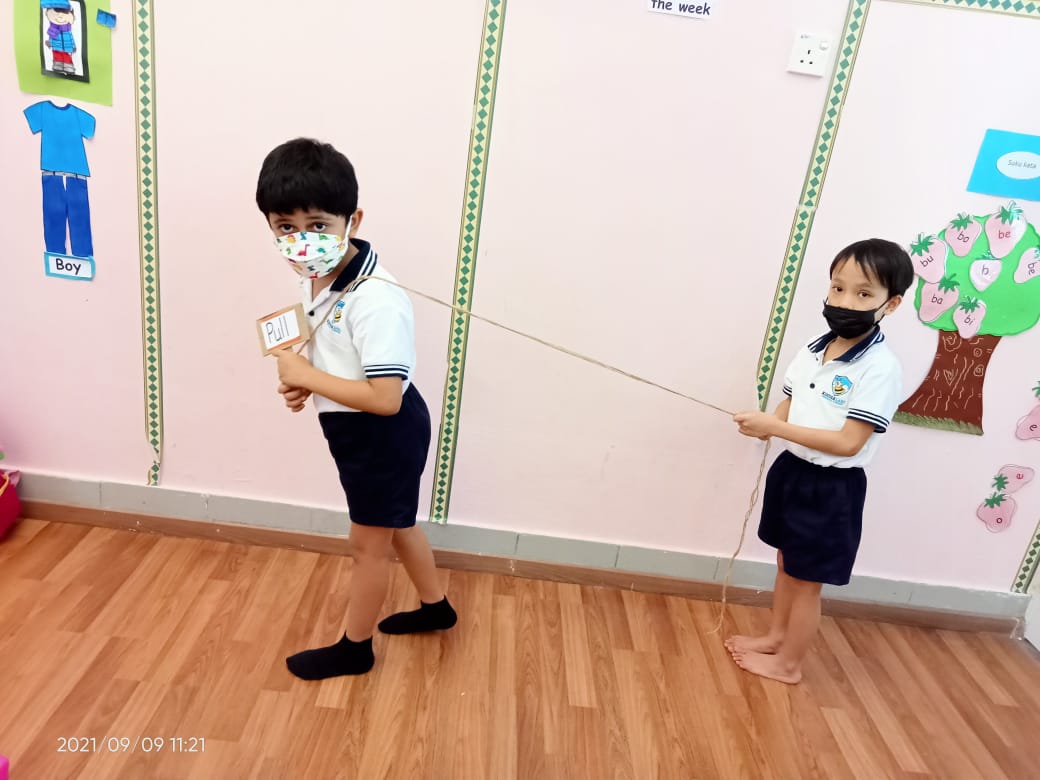 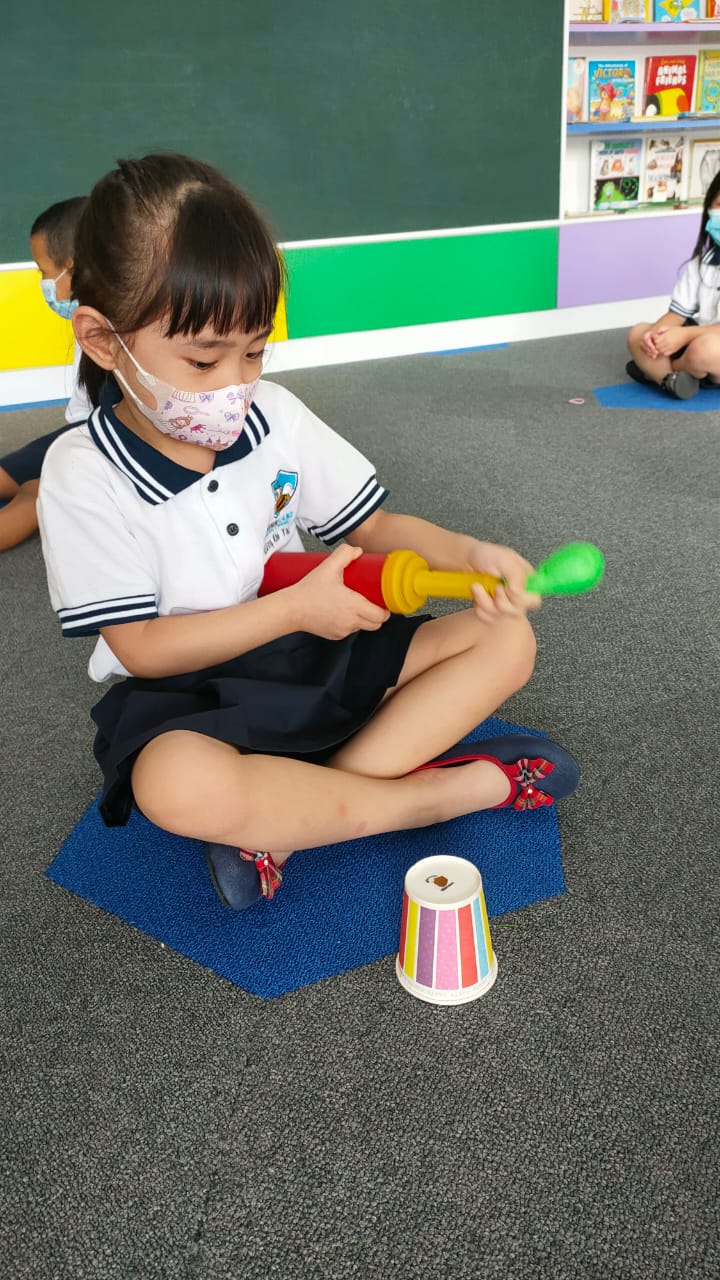 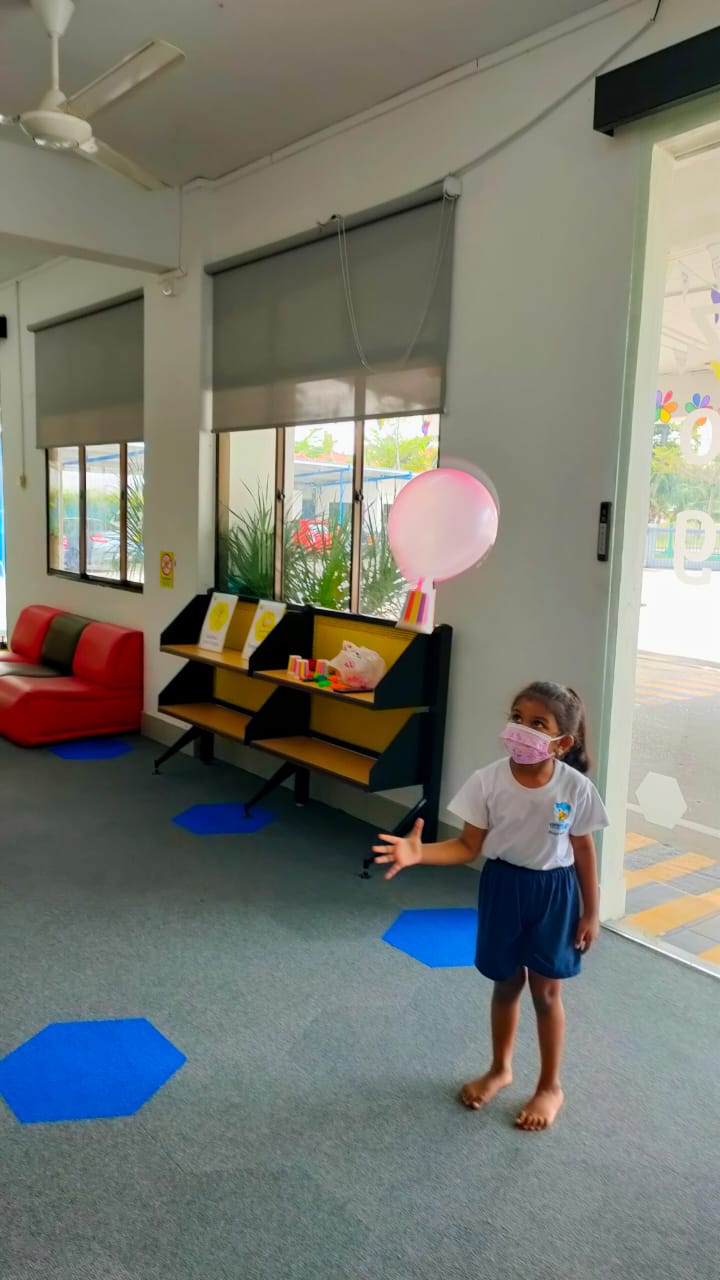 “Hmmm…if only I can ride in my hot air balloon,” our Pre-Nursery bees mused to themselves as they put on finishing touches to their art activity for the week. As the theme was on air transport, the little bees imagined themselves taking flight to places in a heart-shaped hot air balloon, which they learned was also a mode of air transport besides planes, helicopters and gliders.

Our Nursery bees, on the other hand, ventured a level higher with space travel. There were screams of delight from the little ones as the space shuttles they made zoomed up into the air before landing on the ground. Inserting blown up balloons into the hole of a plastic bottle and watching it whizz off into the air, the children learned that the air escaping from the balloon exerted a force on the balloon itself. In turn, the force propelled the balloon into the air.

Studying the topic of ‘Pushes and Pull’ in their science class this week, our K2 bees had a buzzing good time pushing and pulling objects such as drawers and even their friends. They learned that having an object move away from them, it was identified as ‘push’ while having an object move closer to them was ‘pull’. The K2 bees further learned that the actions of pushing and pulling can change the speed of an object.

We wish you and your little bees will have a good holiday at home next week. Stay safe always.